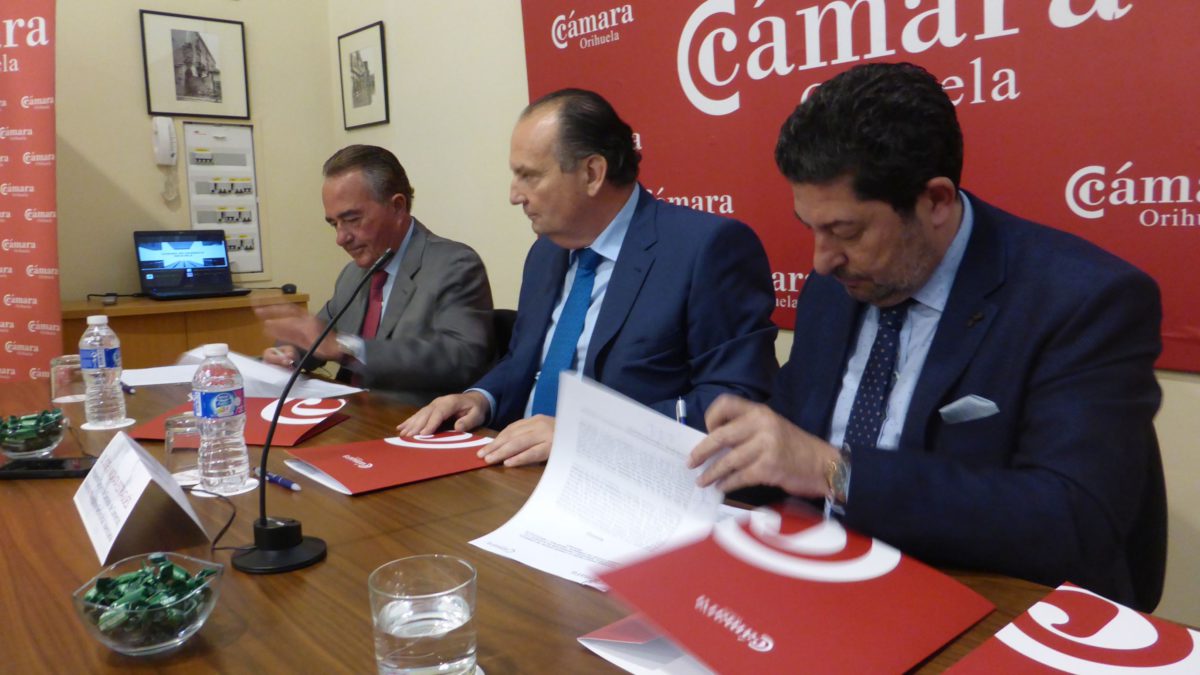 The Chambers of Commerce of Alicante and Orihuela have signed an agreement today that aims to implement, by the Oriolan institution, programs and projects in municipalities near Orihuela but integrated into the demarcation of the Alicante institution based on the Law of Official Chambers of Commerce, Industry, Services and Navigation of the Valencian Community. The agreement has been signed in the Business Incubator of the Chamber of Commerce of Orihuela between the presidents of the two institutions, Mario Martínez on behalf of the host chamber and Juan Riera as the head of the Alicante office. The President of the Council of Chambers of the Valencian Community, José Vicente Morata, was present as an exceptional witness.

The agreement, which will have a validity of two years extendable as long as both parties agree, is a framework agreement that is expected to be developed later in other more specific. Initially two types of programs and projects to be developed by Cámara Orihuela will be contemplated: those of the cameral action, that is, those coordinated by the Spain Chamber and the Council of Chambers of the Generalitat Valenciana; and on the other hand, the projects conceived, conceived and designed by Cámara Orihuela based on the five lines of work established in the Strategic Work Framework (MET).

The president of Chamber Orihuela, Mario Martinez, has highlighted “the generosity and the good disposition” of the heads of Alicante Chamber and has considered that the message that is launched is that the two institutions “feel part of a common objective that it goes beyond any rigid position, of immovable positions “, and has emphasized that the ultimate goal” is to provide the business sector and society in general with the widest range of tools and solutions for economic, social and cultural growth “.

Martinez has not doubted that the collaboration started today “will be worth it” and has indicated that with everything “Cámara Orihuela knows its place”. He thanked the president of Cámara Alicante, Juan Riera, and the secretary general, Andrés Sevila, for being the “motors” of this initiative. For his part, Juan Riera has influenced the fact that the purpose of the agreement is “to be a useful tool for entrepreneurs, freelancers and SMEs” and has highlighted the role of the cameras in the hardest years of the crisis “in everything which refers to entrepreneurship “, giving as an example the work done in the Business Incubator of Orihuela, of which he said is” an example “, as well as the work to achieve internationalization” giving an example of overcoming and determination “.

For his part, the president of the Council of Chambers of the Valencian Community, José Vicente Morata, has been “proud” of the signing of this agreement and has highlighted the work of the chambers of commerce “because having a camera makes a city is located globally. ” With regard to the autonomous territory has ensured that “what interests us is to have a network of capillarity where all companies can access the same services from Vinaroz to Pilar de la Horadada”, working in an organized way to serve those we represent, which are the companies”.

The communication will be constant between both institutions through a follow-up commission that will control that the activities are carried out as stipulated. This commission will be composed of the heads of both chambers and will hold meetings when its members deem it necessary, although a permanent contact has been foreseen through telematic means. 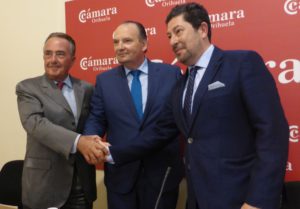