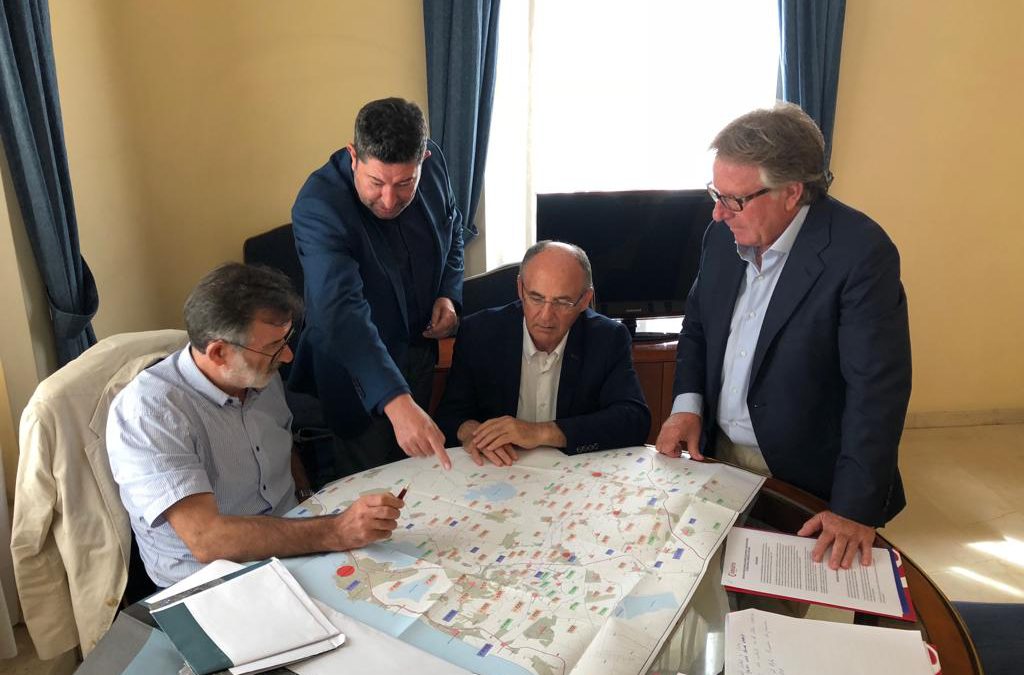 The president, Mario Martínez, raises the needs of the region to the general director of Public Works and the spokesperson for Citizens in Les Corts

Cámara Orihuela has already made the allegations that will be presented to the Uneix Plan of the Generalitat and with them the meetings that are being held with politicians and with the social and business fabric of the region. The main claim to the Consell of the institution chaired by Mario Martinez will be the output of the project of the CV-95 of the aforementioned plan, since the document marks a broad period of time (2018-2030) for the execution of the different mobility actions . Martinez has specified, in this regard, that the duplication of the CV-95 “has to be feasible and must be completed by 2022.” The responsible person has put that date because “it is when it is expected to have the Mediterranean Corridor, and Orihuela will have the local AVE stop that has to be connected with 40% of the population living on the coast.”

Cámara Orihuela wants that the allegations that are presented have the maximum consensus, and in fact already it has been spoken “and we have the approval to our vindications” of the Confederation of Valencian Businessmen (CEV), the Council of Chambers of the Valencian Community that It encompasses the five entities of the region, the Association of Entrepreneurs of the Vega Baja (Asemvega), business fabric and various associations of irrigators.

The institution wants that consensus to be transferred to the political sphere, so yesterday meetings continued to raise the demands and needs of the Vega Baja. Thus, to date, meetings have been held with representatives of Podemos, PSOE and Compromís in Les Corts, and yesterday the same was done with Ciudadanos. The spokeswoman for the orange formation in Valencia, Mari Carmen Sánchez, attended the meeting along with the spokesperson in Orihuela, councilman Juan Ignacio López-Bas and the district coordinator, José F. Aix.

Sánchez agreed on the claims, especially regarding the CV-95, since he described the Uneix Plan as a “somewhat ethereal argument” and considered that the road called to back the axis of Orihuela-Torrevieja and Vega Baja with the rest of the autonomy “can not wait anymore”.

Also yesterday morning, the president of Chamber Orihuela went to the delegation of the Consell in Alicante with Antonio Barberá, member of the Plenary of the institution, and José Adolfo Medina, adviser to the president, to meet with the general director of Public Works of the Generalitat, Carlos Domingo Soler and the deputy director of Mobility. Both were presented with the demands of the Vega Baja and that funds are allocated and the regional administration is committed to provide funds “as soon as possible” the project of the CV-95.