The president of Camera Orihuela, Mario Martinez, exposes the needs in infrastructures of the Vega Baja to the regional deputy, Antonio Estañ 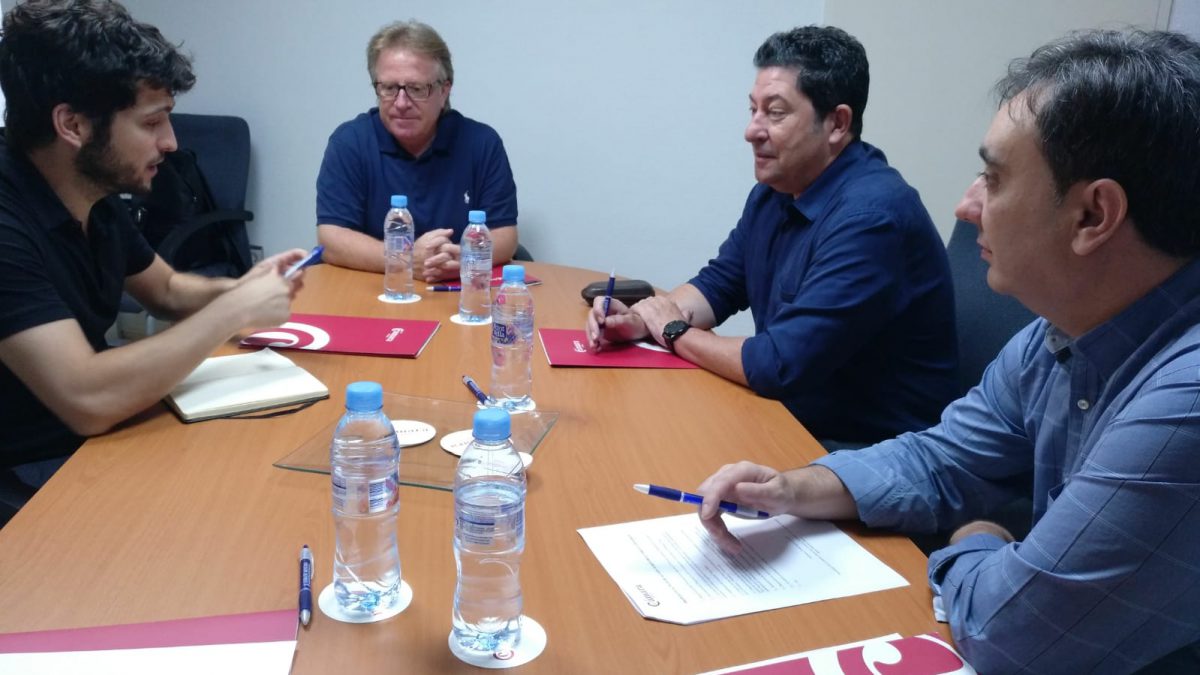 The president of Camera Orihuela, Mario Martinez, has met today with the Secretary General of Podemos in the Valencian Community and regional deputy, Antonio Estañ, to expose the claims in infrastructures that the institution defends for Orihuela and La Vega Baja. This meeting is part of the agenda that Chamber Orihuela has open with the aim of transferring to all representatives of the provincial and regional political forces and business associations the proposals on infrastructure and development for the region, which the head of the Oriolan entity considers “fundamental and inalienable to guarantee the future of the Oriolans and all the inhabitants of the Vega Baja.”

Regarding the needs that have been exposed on the table are those that Camera Orihuela has been defending seamlessly, as is the case of the reactivation of the project of the CV95 highway that connects Orihuela with its coast or the elimination of the toll of the AP7 to its passage through the municipalities of Torrevieja and Orihuela Costa. Mario Martinez, has assured that the meeting with Antonio Estañ “has been positive and we have the conviction that together we will get at least part of the infrastructure we need”. Regarding this issue, in addition to the needs in conventional communication channels have also been exposed other such as the creation of the road-rail exchanger in order to connect the logistics activity of industrial estates and the Mediterranean corridor. The importance of creating a network for passengers between the airport and the coast of Pilar de la Horadada, passing through Torrevieja and the coast of Orihuela, has also been discussed in railway matters.

Other issues that have been discussed in the meeting are those referred to the announced expansion of the Vega Baja Hospital, located in San Bartolomé, the creation of a plan of actions in terms of risks and transfers that can guarantee the supply to irrigators of our region , different actions in the field of tourism, development of industrial land and polygons or investments in urban development.

On the other hand, the Secretary General of Podemos in the Valencian Community, Antonio Estañ, has affirmed that “the region of the Vega Baja drags demands that are historical and have to be realities to stop being historical”. Also the regional deputy has explained that “it is necessary to put these demands politically on the map and we need to bet on the Vega Baja and having a broader regional vision between the north and south of the Valencian Community.” In this sense Estañ has argued that the idea is to work on the basis of future budgets “with a view to having a plan that makes the needs of the region come true”.