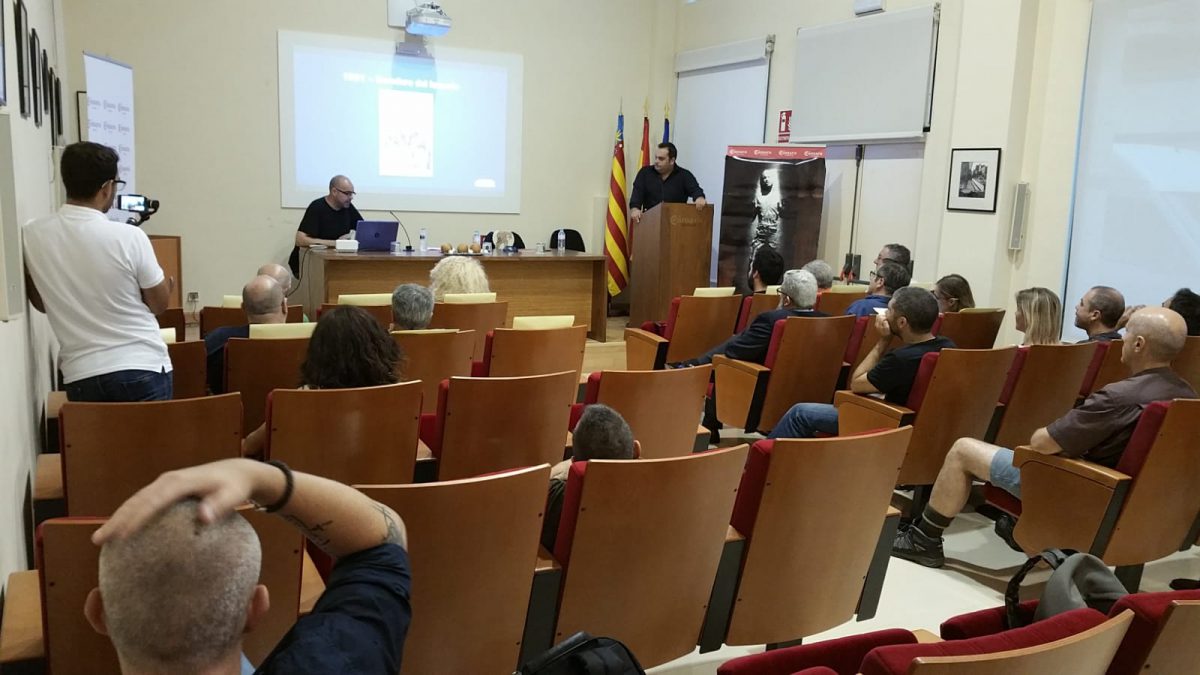 Those responsible for the Trench of Rancor, one of the most important Star Wars news portals in Spanish will return to the Business Incubator on October 17 and November 8

Francisco Villaplana and José Miguel Ramón are two of the three people responsible for La Fosa del Rancor, one of the most read news portals about Star Wars in Spanish and who yesterday offered a talk at the Vivero de Empresas de Cámara Orihuela, the first of three , in which they made a portrait of the creator of the galactic saga, George Lucas, from the business point of view.

Many people from the world of the company or simple fans of Star Wars attended the conference that, after the success obtained, since in addition to being followed in situ was broadcast in part through the social networks of the Chamber, its continuation will be next October 17 with a new appointment, for which the speakers promised some surprises.

The last of the presentations of La Fosa del Rancor will be on November 8, coinciding with the closing of the training activities of the Business Consolidation Plan launched by Chamber Orihuela and funded by the Ministry of Sustainable Economy, Productive Sectors, Trade and Labor that will begin to develop on Monday at the headquarters in Oriola. To learn more about La Fosa del Rancor, click on the link https://www.camaraorihuela.es/otras-conferencias-la-fosa-del-rancor/